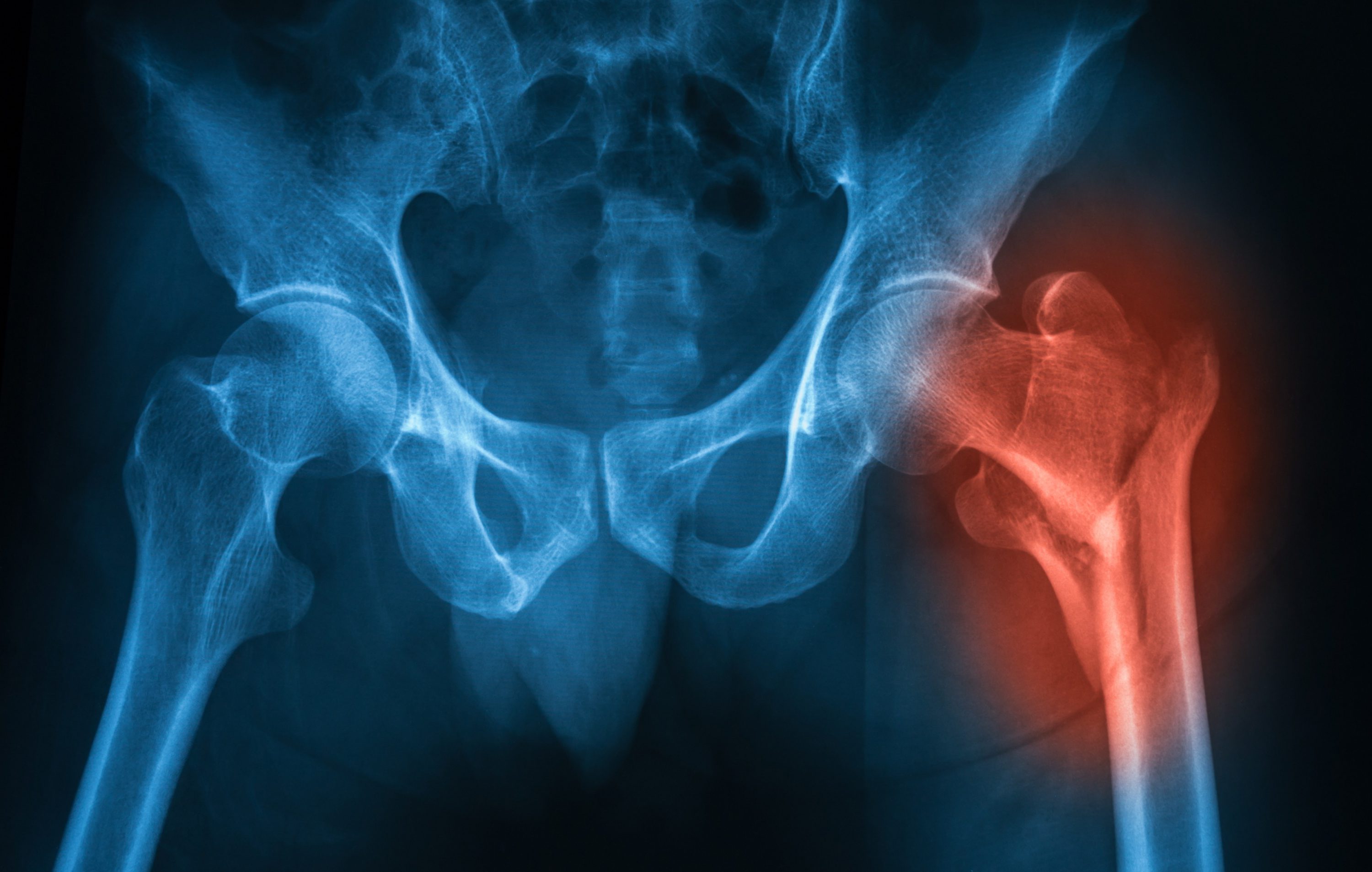 Elderly people living in residential care homes suffer 2 to 3 times greater risk of falls and hip fractures than those who live in the community, according to a collaborative research on statistics and video analysis conducted by researchers from the Department of Sports Science and Physical Education at The Chinese University of Hong Kong (CUHK) and Canadian scientists. The team analysed hundreds of video‐captured falls and eventually identified risks of hip fracture and proved the effectiveness of hip protectors. The findings have been published in the Journal of Bone and Mineral Research. CUHK researchers will work on the improvement of hip protectors and their implementation in local care homes.

One Hip Fracture from Fall may Disable Senior from Walking Independently

Due to age-related declines in physical functions, seniors have greater risks of losing balance and muscle strength, which cause them to fall. Falls are the cause of more than 95% of hip fractures in seniors. Over 6,300 seniors experience a hip fracture each year in Hong Kong. While most patients will undergo surgery, the recovery time takes months and more than 30% of them are unable to walk independently. Moreover, about 25% of seniors who experience hip fracture die within one year. Clearly, it is very important to prevent falls and prevent hip fracture in the event of a fall.

A major challenge to the prevention of falls and hip fractures is the lack of objective evidence on “how” they occur. Previous research has mostly been based on self-reports or interviews from witnesses, which may lack reliability and comprehensiveness. The team, led by scientists from Simon Fraser University, Canada and Professor Yi-jian Yang, Assistant Professor from the Department of Sports Science and Physical Education at CUHK, has partnered with two care homes in Canada to record and analyse video footage of falls in common areas since 2007. Their first study, published in 2013 in The Lancet, revealed the cause and circumstances of falls in residential care home.

The team further analysed 2,377 falls experienced by 646 care home residents, of which 30 of the falls caused hip fracture. The team found that all hip fractures were caused by falls from standing height, where impact was to the pelvis and most often to the posterolateral or lateral pelvis.

Forward falls were just as likely as sideways falls to cause hip fracture, due to the body’s rotation during descent. Over 40% of falls initially directed forward were changed to land sideways. The tendency to body rotation may be due to the priority of protecting the head while falling, as forward falling creates the highest risk of head impact in care home residents. On the other hand, backward falls caused the lowest risk for hip fracture. A body rotation from sideways to backward direction decreased the risk of hip fracture.

The team also found that the risk of hip fracture was not reduced by protective responses such as using the upper limbs to arrest the fall, reaching to grasp a nearby support, or attempts to recover balance by stepping. However, the risk for hip fracture was three times lower in cases where seniors fell while holding a mobility aid (e.g. a walker).

Improve the Design of Hip Protectors through Knowledge Transfer

The research team observed that the hip fracture rate for the elderly living in care homes is 56.8 fractures per 1,000 persons per year. The risk of falls and injuries is 2 to 3 times higher than those in the community. However, residents benefited from hip protectors. Over 70% of them wore hip protectors, which reduced the risk of hip fracture by over half when compared to those without protectors.

As the aging population accelerates, work and research to prevent falls and injuries of the elderly are very important. Professor Yang stated, “Most people living in the two care homes involved in this study wore hip protectors, while less than 20% living in care homes in Hong Kong and other places wore hip protectors. Through knowledge transfer and collaboration with innovation departments at CUHK and local care homes, we hope to reduce the risk of hip fracture and to maintain the mobility and living standard of the elderly by improving the design and materials of hip protectors.”

Although balance training is essential to prevent falls, exercise programmes can incorporate upper limb and core muscle strength to enhance older adults’ ability to arrest the fall and rotate their trunk to land safely when a fall occurs. Families and care providers can encourage seniors to use their walkers to preserve mobility and maintain their independence while providing protection against injury during a fall.

Professor Yang’s research is focused on injury biomechanics and fall prevention. Specifically, his research seeks to understand risk factors associated with fall-related injuries and develop effective strategies to prevent falls and injuries through a combination of observational studies, laboratory experiments, and clinical trials. His research has been featured in the Lancet and other top-ranked journals.

Professor Yang completed his medical degree at Sun Yat-Sen University, his PhD in Kinesiology at Simon Fraser University and Postdoc in Family Practice at the University of British Columbia.

A full version of the paper can be found here.

Copyright © 2021. All Rights Reserved.
The Chinese University of Hong Kong.