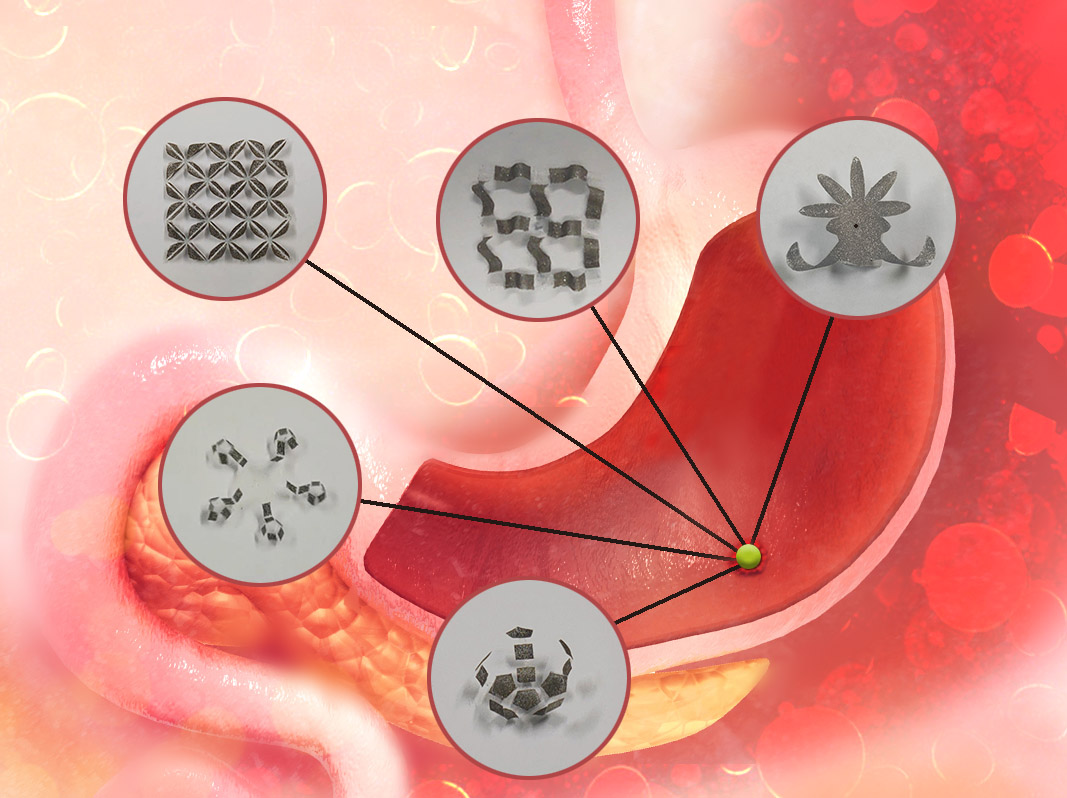 “Of course, many people ask why we call them robots, and it’s a very good question, because they don’t have a control unit nor battery. We can call them micromachines instead,” says Professor Zhang Li – but whatever you choose to call them, what they do is still pretty remarkable.

Professor Zhang is a professor in the Department of Mechanical and Automation Engineering at The Chinese University of Hong Kong’s (CUHK) Faculty of Engineering, who has spent his 15-year career making robots that don’t, on the face of it, look like most people’s idea of robots.

“Just as there’s no drug that can cure every disease, there’s no surgical robot that can explore every part of our bodies,” he says. “You have different types of endoscopes for different purposes, and we’ll have robots designed for particular purposes. Before we build robots, first we need to think about their function.”

Professor Zhang and his team have created a variety of robots that could potentially move about inside the human body to perform medical tasks: minuscule microrobots that can swarm like bees; an extraterrestrial-like “slimebot” made of a hydrogel-based material; and his latest project, the so-called origami soft robots, which can change shape from 2D to 3D under the influence of magnets, allowing them to navigate tight spaces in vivo.

The crafting of these robots is also inspired by an activity usually most associated with children: the art of transferring temporary tattoos onto the body. His latest project, the ingeniously simple, fingertip-sized “origami” soft robots, are made from sticky tape and a powder of neodymium-iron-boron, a magnetic material. Wax is printed onto the sticky tape, the powder only sticks to the sections of tape without wax on them, and the wax is then dissolved in ethyl acetate solution, creating a template that is then transferred to a more adhesive double-sided tape. To make the robot, the complete pattern is cut out from the double-sided tape using a laser, in a process that could be easily automated.

Using a magnetic field as power, the robots are able to twist, deform and reorientate themselves inside the body in all sorts of ingenious ways, forming a barely believable range of different shapes. Alongside environmental sensing applications in industrial contexts like sensing temperature and UV sensing or repairing circuits after seamless incorporation with various functional modules, the robots can also find their way around the body and perform tasks such as stretching themselves out against the gastric wall and delivering therapeutic patch to ulcers, offering obvious major advantages over current methods of drug delivery and cross-disciplinary robotics.

Eating pills for treatment comes in handy but why robots? “Compared to the traditional approach, it can provide more localised and targeted therapy,” says Professor Zhang. “When you swallow a pill, it’s absorbed in your intestine and then circulated around your body, so only a very small amount of the drug can reach the affected region. These soft robots can solve that, particularly in treating gastric ulcers: you put the drug patch on the robots and deploy them to the region. Almost 100% of the drug can accumulate in that area. This kind of active delivery also minimises side-effects – exactly what I have been trying to achieve with previous microrobots.”

Before joining CUHK as an Assistant Professor in 2012, Professor Zhang was a senior scientist and lecturer at ETH Zurich, the Swiss Federal Institute of Technology Zurich’s Institute of Robotics and Intelligent Systems. “I was fascinated by the high potential for medical application of the robots,” he says. Talking to medical doctors, he adds, “I realised the tools they were using were often still below their requirements. We realised miniature robots had a big future. I thought: how about we build something small that can add value for the patient?” He has been working on those translational biomedical miniature robots ever since, combining the engineering and medical fields.

Although he’s an engineering professor, he’s driven by the requirements of clinicians. “People ask why we need these miniature robots. In some parts of the body system, for example the small intestine, there’re still lots of challenges if you want to use an endoscope: the lumen is three to five metres long and only a couple of centimetres wide, and it’s a zigzag shape. It’s difficult and time-consuming, and the patient may have pain, so you need to sedate them.

“We thought if we can develop some small robots, at the sub-centimetre scale, it would be much easier to reach those regions deep inside the body. We started investigating, and there are lots of these regions: the small intestine, the bile duct, the inside of the kidneys. Another interesting region would be the brain, where a blood clot can cause a stroke.”

Another big difference between his robots and traditional ones is their adaptability, he adds, “Traditional robots are usually rigid with lots of metal. They’re mainly for industry and they need a large amount of precision. But our body is a totally different environment – dynamic and complex, and we need to think first not about precision but about adaptability, because it needs to be able to reach the area of interest, and there are lots of bio-barriers.”

Professor Zhang is also a director of the Shenzhen Institutes of Advanced Technology (SIAT) of the Chinese Academy of Sciences (CAS)-CUHK Joint Laboratory of Robotics and Intelligent Systems and a prominent member of and investigator at several multi-disciplinary research institutes and robotics projects, working on his biggest endeavour: to translate his small scales medical robots into real-life applications. 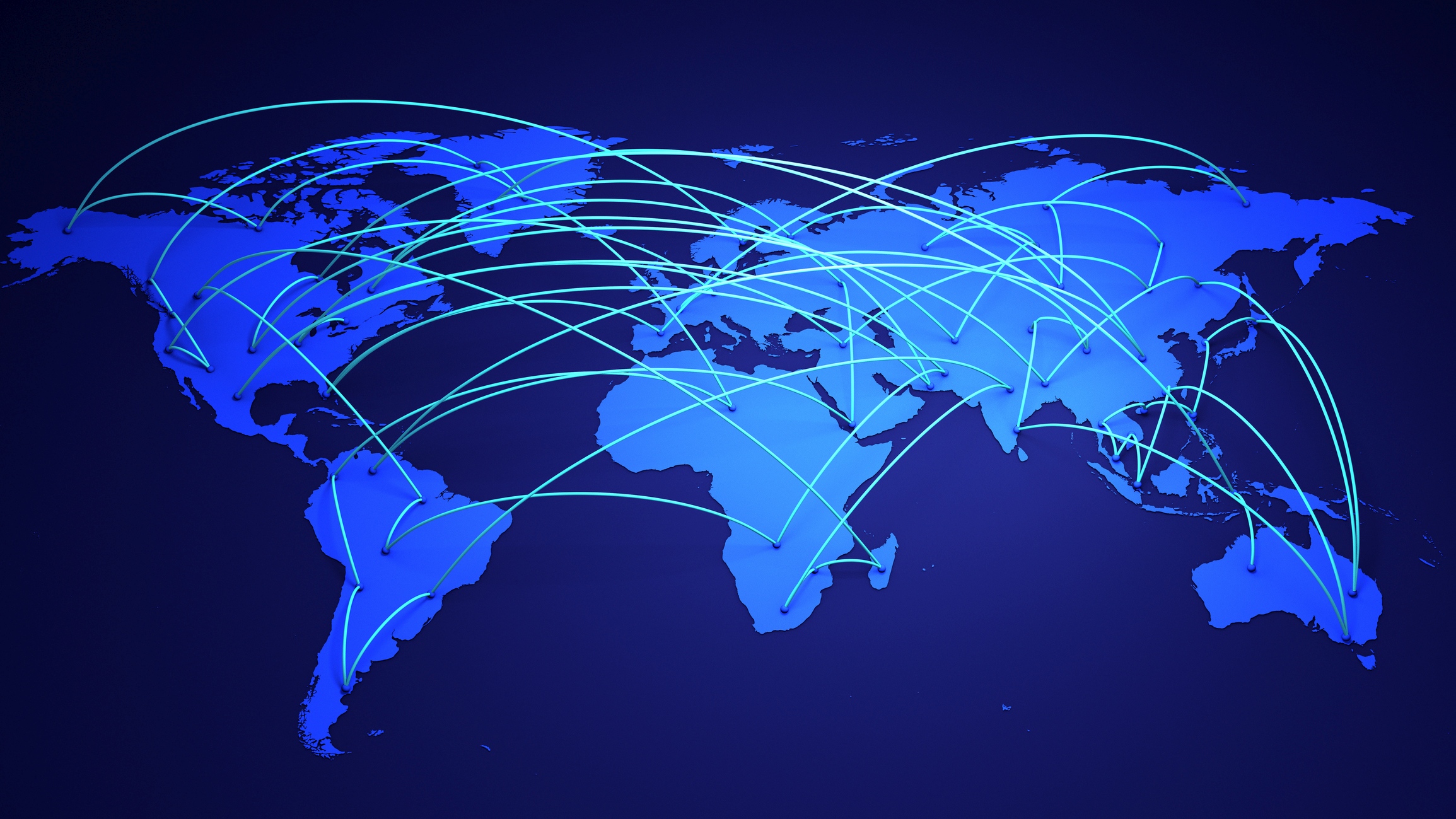