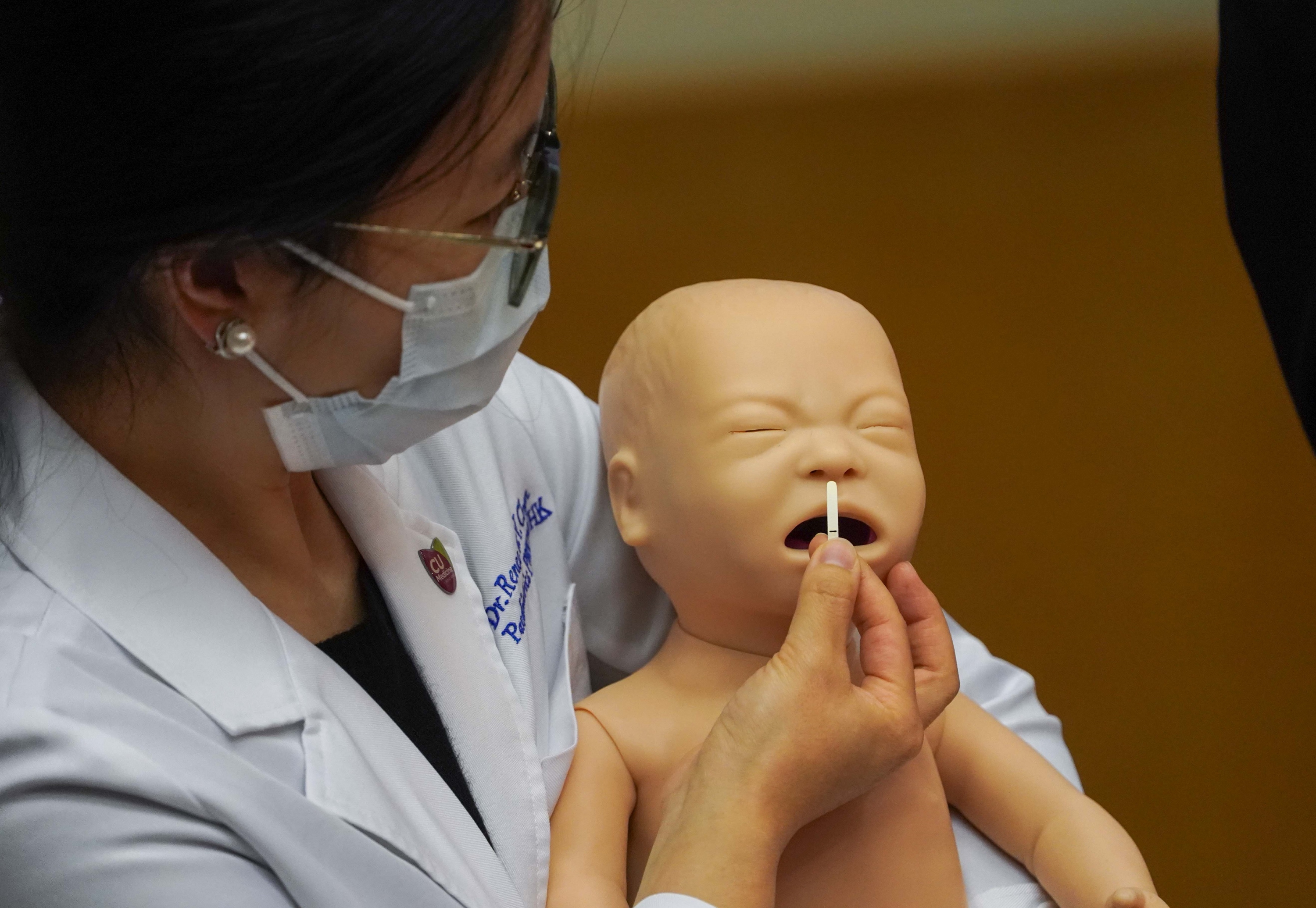 There are two standard methods of testing for the virus if there has been a risk of COVID-19 infection in Hong Kong and they need to be applied quickly and with a minimum of fuss. One method is the swab on a long stem sent on a deep probing mission up the nose or down the throat, which some do find rather uncomfortable. The other is to ask subjects to heave up saliva from the back of the throat, not an action they are practiced at, into a small plastic jar. For some younger children and elderly people these procedures can be distressing and hard to do well. The difficulty involved in achieving a sample can, in the worst cases, reduce the sensitivity of the test.

A research team from the Faculty of Medicine at The Chinese University of Hong Kong (CU Medicine) decided to address this problem and has come up with what is described as a nasal strip test method which they have assessed by applying it to both paediatric and adult subjects. This is turning out to be a sensitive method for detecting SARS-CoV-2.

It has proved to be as accurate as the nasopharyngeal and throat tests and has actually out-performed the deep throat saliva method, especially when tested with children. This will prove a great advantage because children have found the standard method rather forbidding and sometimes upsetting.

The CU Medicine team recruited 38 asymptomatic and symptomatic subjects from the Prince of Wales Hospital, Hong Kong, among whom were 20 infected adults between 22 and 74 years old and 18 infected children and adolescents from 6 to 17 years old. Nasal epithelial lining fluid of the subjects was collected by nasal strips placed inside the nose where pressure was applied for around a minute to absorb the fluid. The strips were prepared and cut into a designated size by the research team. This is particularly useful for customising strips to fit children of different ages.

First author of the study, Dr. Renee Wan Yi Chan, Assistant Professor of the Department of Paediatrics said, “Our results suggest that the nasal strip test would be superior to the deep throat saliva test for surveillance purposes over paediatric and elderly populations as the latter shows reduced sensitivity in these populations.”

The length of the nasal strips is significantly shorter than the nasopharyngeal and throat swab collection tool. The length of the latter and the depth of its probe has the unfortunate side effect of causing sneezing and coughing which is the last thing wanted in a setting where the objective is to reduce the risk of virus transmission. Nasal strips greatly reduce that possibility.

Professor Hugh Simon Hung San Lam, Professor of the Department of Paediatrics, gave an overview of the advantage that nasal testing will afford the community. “In addition to its accuracy and lower risk of virus transmission, the stability of nasal strip samples at room temperature potentially allows the specimens to be posted to the laboratory, which usually takes at least a day. All of these suggest that nasal strip testing can serve an important role in community-based surveillance programmes, especially in populations such as infants, children and elderly adults where standard methods are more likely to fail.”

Nasal strip testing promises to be a comfortable, easy to operate, accurate method, good for a wide age range, but it is not quite there yet. The researchers have obtained another 1,000 samples from patients to be analysed so that a more comprehensive report can be submitted to the health authorities.