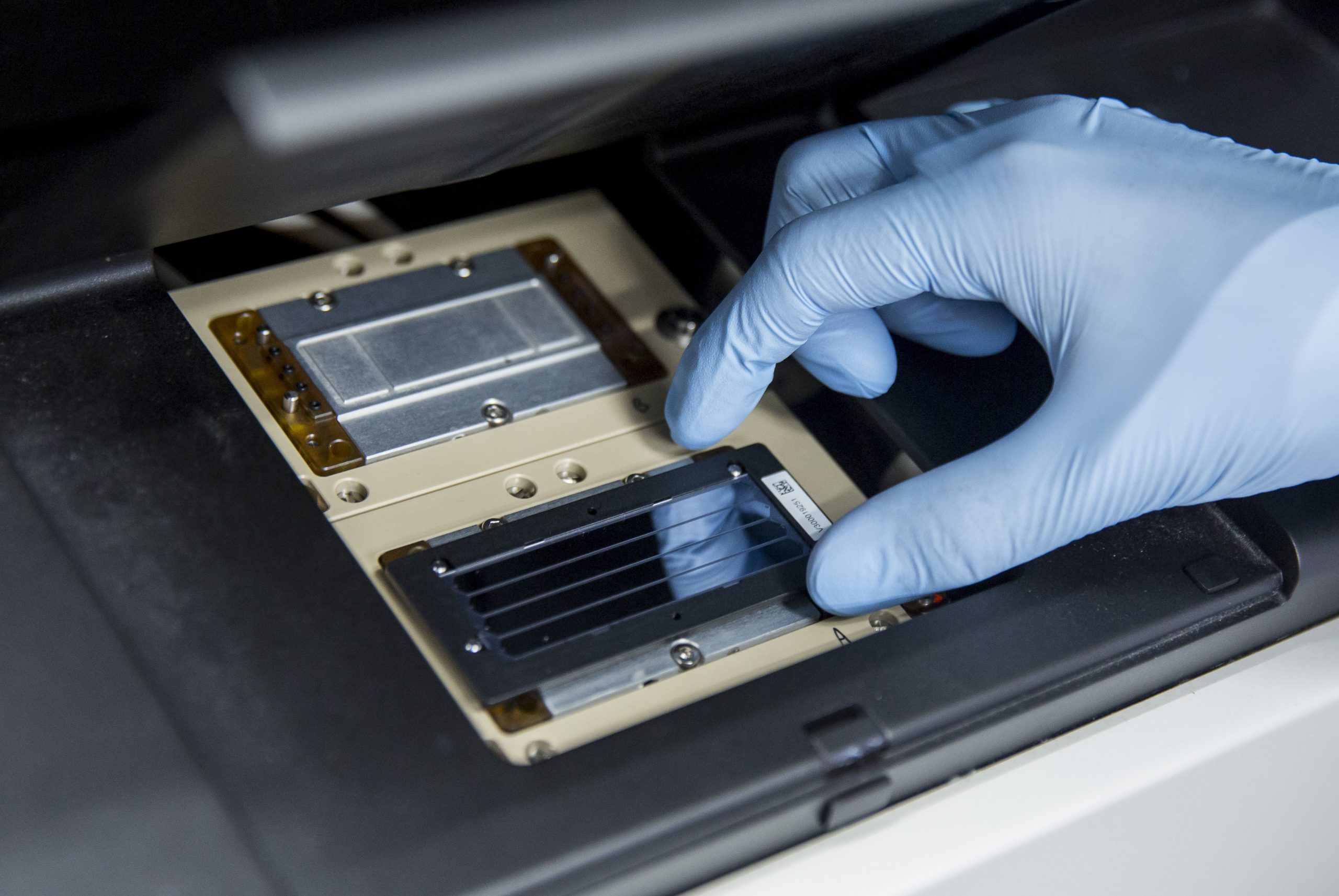 Up to 2% of pregnant women have suffered from recurrent miscarriages globally. Study demonstrated 40-50% of these miscarriages go unexplained. We tend to put a strong emphasis on pre-natal diagnosis such as screening for Down’s Syndrome, checking on mother and fetus to safeguard a happy pregnancy. However, these checkups often do not involve comprehensive detection of genetic variants or recessive genes from both parents, which cause birth defects or miscarriages. That is the reason why some women suffering from recurrent losses often have no clue to what happened, and it has led to a delay in identifying the remedy. Now, researchers from The Chinese University of Hong Kong (CUHK) are giving hope to those suffering from unexplained miscarriages with their latest ChromoSeq technology.

“We basically no longer had hope for a baby. My husband could not bear seeing me in pain and even suggested we could be fine without a baby. But I was in total disbelief. Why was I experiencing the same loss over and over again when I was expecting one?” Such was Mrs. Wong’s despair after suffering her third miscarriage in as many years. Her first pregnancy in 2016 was ended in the 21st week by hypoplastic heart syndrome and organs dislocation in the fetus and in her second pregnancy, the next year, the fetus’ heart failed. She miscarried for a third time in 2019 but on the same occasion as the first time. Mr. and Mrs. Wong were referred to the team led by Professor Leung Tak Yeung, Chairman of the Department of Obstetrics and Gynaecology at CUHK.

In collaboration with Dr. Chong Shuk Ching of his department, Clinical Geneticist and a researcher into undiagnosed genetic disorders, and Professor Richard Choy, Professor Leung’s team could offer a new and advanced genome sequencing test to couples with recurrent miscarriages (RM). Professor Leung also gave Mrs. Wong the test and the prospects for the couple have changed since then.

Mrs. Wong was one of that 2% of couples who have suffered RM; that is, experiencing it twice or more. In 40-50% of these cases, underlying causes can be linked to endocrine, immune system and anatomy. Chromosomal and genetic abnormalities can be identified by using conventional karyotyping analysis. Some cases have subtle chromosomal and genetic abnormalities that are not detectable by the conventional tests. “In many cases, the causes remain unknown,” says Professor Leung. “In such situation, it is often difficult to manage or help the couples as RM also carries psychological and financial burdens for the affected couples.”

Pioneering work with the Bioinformatic team, Professor Leung and Dr. Dong Zirui Elvis in the department has successfully developed ChromoSeq, to identify the genetic defects for married couples who have suffered from RM. Professor Leung added, “When compared with the conventional karyotyping analysis, ChromoSeq offers greater accuracy in detecting potential and much smaller genetic abnormalities associated with RM.”

So it was for Mrs. Wong. Under the support of Liauw’s Family Reproductive Genomics Programme, a PGT test was given to her by the team. Professor Richard Choy Kwong Wai, Genetic Specialist in Prenatal Diagnosis from the Department of Obstetrics and Gynaecology said, “Recessive genes that cause fetal defects were detected in Mr. and Mrs. Wong, which may have led to twenty five per cent chance of the fetus having the same birth defects as before. This particular abnormal gene identified was the world’s first known detection during pre-natal examination.” For her fourth pregnancy in 2020, the couple did not go the way of natural conception. The team arranged in-vitro fertilization (IVF) and PGT for Mrs. Wong so that the embryo could avoid abnormal genomic segments or subtle genetic etiologies identified from ChromoSeq. The pregnancy was successful and a child was delivered last month. Mrs. Wong was delighted, “We are truly grateful to the CUHK medical team for giving our baby girl the opportunity to come to the world.”

Help for RM couples and others with genetic defects is now closer to hand. CUHK has set up a genetic clinic in the Prince of Wales Hospital to provide one-stop diagnosis and consultation services. These include genetic counseling, risk assessment and genetic and genomic testing.

Breakthroughs like this can be carried beyond Hong Kong. CUHK has been collaborating with some hospitals and medical schools in the University in the Greater Bay Area. For example, to evaluate the accuracy, efficacy, and incremental yield of ChromoSeq, the CUHK team also worked with Shandong University in conducting a back-to-back comparison with conventional karyotyping in 1,090 RM couples. CUHK is now providing mainland doctors with substantial training on pre-natal screening and tests, while getting access to the mainland clinical database as research samples for further investigation and improvement on the subject. The team has recently set up a Biobank and collaborative research centre at CUHK Shenzhen Research Institute for supporting genetic diagnosis and provides platforms to enhance the prenatal genetic and genomic research.

Encouraged by this vibrant knowledge transfer initiative from CUHK, a PhD student of Professor Choy has opened a startup in Shenzhen which aims to commercialise the technology. Professor Choy said, “The University has been very encouraging in cultivating an entrepreneurial spirit. We believe that this technology can eventually benefit the needy by translating the complicated genetic analysis and data into understandable reports for the public.”